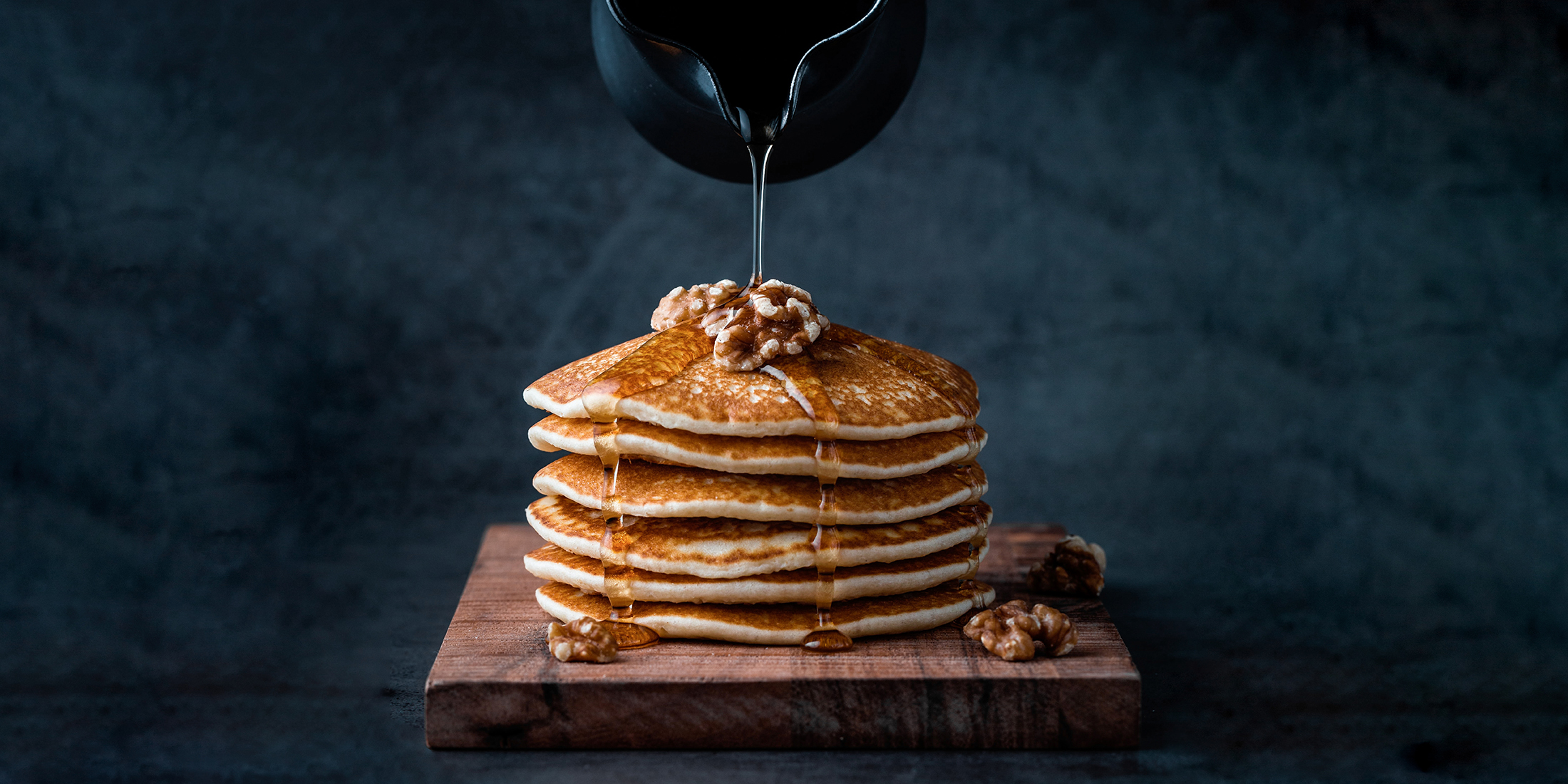 In August 2022, Narmi's Senior Director of Growth, Brett Willard, and General Manager, Kaitlin Russenberger, sat down with TwinStar Credit Union's Director of Digital Experience, Aaron Mickelson, and New Cumberland Federal Credit Union's Manager of Information Technology, Scott Shaeffer, for an honest talk about the realities of pivoting to digital banking. They addressed some of the most common concerns of financial institutions and their teams and fielded a few questions from the audience to give a fuller look at what adopting digital really entails.

“Where are you heading from a digital excellence perspective? Where are you on your journey? Are you doing good enough? Usually the conversation we hear from people is, ‘Are we doing enough? Can we do better? What's out there?’” – Brett Willard

What opportunity did you see in digital-first banking?

Many community banks and credit unions know digital is where banking is going, but implementing evolutionary measures to keep up the constant changes can be a daunting prospect. It’s something seen over and over in banking: the hesitation to take the digital plunge despite contending with a clunky, non-functional legacy platform and the creeping sense of falling behind as fintech continues to advance.

This was exactly what New Cumberland Federal Credit Union and TwinStar Credit Union were facing before partnering with Narmi. Aaron Mickelson,TwinStar’s Director of Digital Experience, and Scott Shaeffer, New Cumberland’s Manager of Information Technology were kind enough to join Narmi’s own Sr. Director of Growth, Brett Willard and General Manager, Kaitlin Russenberger at the JAC Breakfast Panel in August to look at some of the realities of switching to digital. 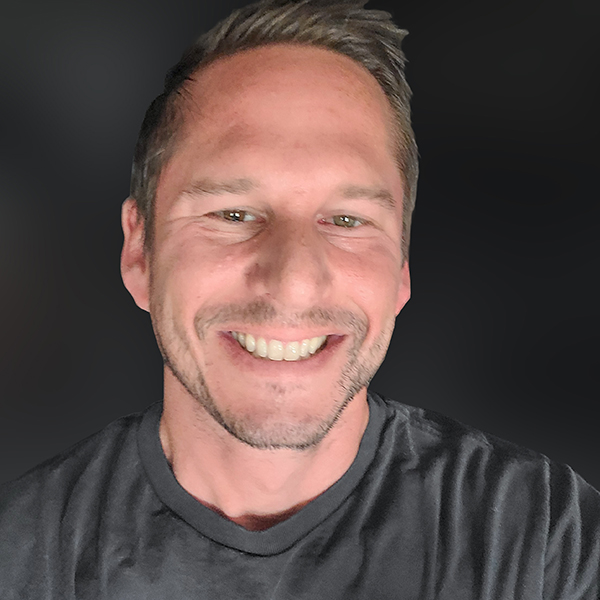 Like many other institutions with legacy platforms, TwinStar was struggling to make changes to their banking experience in a timely and cost-effective fashion, with fixes and upgrades taking up to six months and tens of thousands of dollars to execute. “And at that pace, you're working so far behind that you'll never catch up,” said Aaron Mickelson. 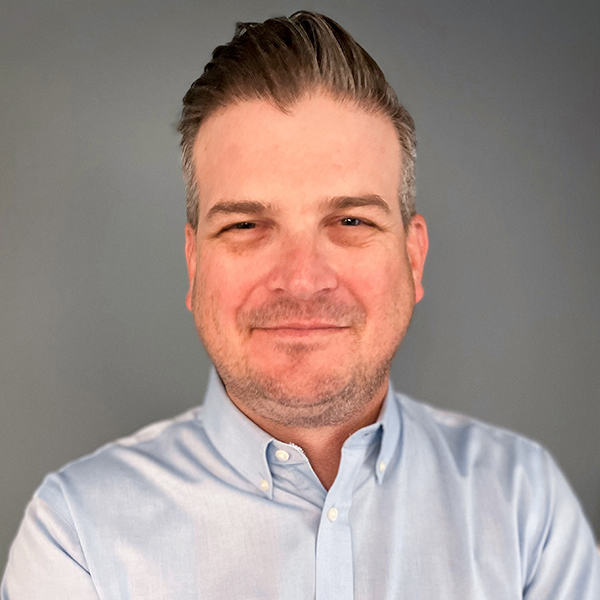 He went on to summarize the reality of digital and mobile banking, and what customers are really looking for. “We're not in a world anymore where your members or your customers are looking at your app and comparing it to their other financial institutions app. They're comparing it to the last app that they just closed on their phone,” said Aaron, “and so we knew that we needed a more nimble platform.”

What were the internal or cultural hesitations you had to overcome?

Trepidations surrounding cost, training, and change in general are commonplace when it comes to switching platforms and fully embracing digital. But to Aaron and Scott, these hiccups are part of the process. It’s just getting bank and credit union teams to understand that these challenges can be overcome, and that the rewards greatly outweigh the spend and energy.

In TwinStar’s case, it was getting the entire organization on board, as change like this is always polarizing, especially in the banking world. In Aaron’s experience, however, the best way to put things into perspective is to focus on the long-term goals rather than the initial challenges, which helps to better inform decisions. “With Narmi, we were able to very quickly put in fixes, put in upgrades, and put in enhancements in order to address those things. There were pros and cons, but we sit today a year later at a way better spot than we were to begin with.”

New Cumberland had the extra difficulty of switching digital vendors, causing even more upheaval than the average transition. But Scott Shaeffer remembered simply not being able to ignore Narmi’s demo despite having another vendor lined up. “It was out-of-the-box thinking and I was very excited about what I saw,” he said, “and now we’re seeing the fruits of our partnership.”

Scott also pointed out that a great way of alleviating uncertainty is to research the products being considered. “A lot of times, we'll take a look at what's being offered and reach out to some of those other credit unions who are using that product and get their feedback. They'll tell us what's good and what's bad.” With some honest information, a bank or credit union can have a better sense of the product and its potential.

When the discussion was opened to the audience, a common concern was time, both the implementation itself as well as the time customers can expect to spend using Narmi’s platform. A seamless and quick process is one of the most important aspects of any digital banking platform, and it’s one of the defining characteristics of Narmi’s digital account opening process.

How Narmi handles the process – and the relationships

The talk also gave some insight as to how Narmi and their customers forge lasting relationships. It’s never a one-and-done deal with Narmi, as Scott and Aaron attest.

How does a digital vendor mitigate internal friction?

Scott pointed out the pleasant surprise, as well as the relief, of having a vendor who will walk with the financial institution every step of the way, and keep in touch afterwards to check in and continue to offer help with future updates. “I've dealt with a lot of vendors and none of them except for Narmi will meet with me on a monthly basis and ask what they can do better, what issues we’re having, and tell us what new things are coming out.”

By holding our hands through the process, we're able to reassure our employees that it is going to be a smooth transition and that they are well informed of what to expect. – Scott Shaeffer

For Scott, one of the most important goals was to find a vendor who would stay with them for the long haul, and noted that one of the metrics by which he assesses potentials is their app rating, and Narmi’s 4.8 out of 5 rating was something that caught his eye. Now, thanks to working with Narmi, New Cumberland’s app shares the same rating, surpassing much larger credit unions. He also recounted how he gained confidence in Narmi thanks to the personalized attention, dedication to really listening to the needs of customers, and quick response times.

How do you get everyone aligned and up to speed?‍

We have almost 400 registered staff members in our Narmi portal today. They all have the ability to help a member with their account. It isn't limited to a small team. We give to everybody. If you're going to be digital first, be digital first. – Aaron Mickelson

The best way to get over fear of the unknown is through training – for everyone, even the non-customer-facing staff. “I'm not just talking about frontline branches, or contact centers,” Aaron said. “Those people got heavier training, but we had training for our accounting staff and for our operations department. Because even though they're not serving members directly, they may have a member of TwinStar who needs help with the app and they should be able to represent that and speak to it.” Once everyone is familiar with the process and the philosophy behind it, the transition can go much more smoothly for staff, and in turn, for customers and members.

JAC Breakfast | August 2022
Aaron Mickelson on the impact digital conversion has on a team, and how to navigate that change.

How does a digital partner continue to help?

We actually meet with our Narmi GM team every other week. It's one of my favorite meetings I have. – Aaron Mickelson

Aaron pointed out that having someone to bounce honest feedback off regarding updates and evolutions is crucial in the ongoing relationship between Narmi and its customers. He described his relationship with his General Manager, in his case someone other than Kaitlin, as almost hiring on a new employee, someone who becomes part of the TwinStar team and someone he works closely with on a regular basis.

JAC Breakfast | August 2022
Aaron Mickelson on how a good digital partnership is ongoing.

Scott echoed the sentiment. “We have monthly calls where we go over everything with a fine-tooth comb, every single thing that is coming, and we have videos of what’s coming up for our staff to watch.”

Digital-first banking combined with the ability to continually evolve and innovate means that all the dreams TwinStar and New Cumberland had to put on hold are now within their grasp. For New Cumberland, it was building out their one-stop-shop banking experience by adding more services and products to their platform. For TwinStar, it was allowing for more seamless money movement and payment options, something Aaron pointed out could be extremely beneficial to people during a potential recession.

When it comes to digital evolution, a little anxiety is normal. There’s a lot to consider when making changes to the way things have been done and planning for the future: the time, the cost, the learning curve, and what comes next after the tech is implemented.

But the reality is that while there’s an adjustment period, the possibilities that digital opens for financial institutions, their communities, and their relationships with other innovators are truly endless. 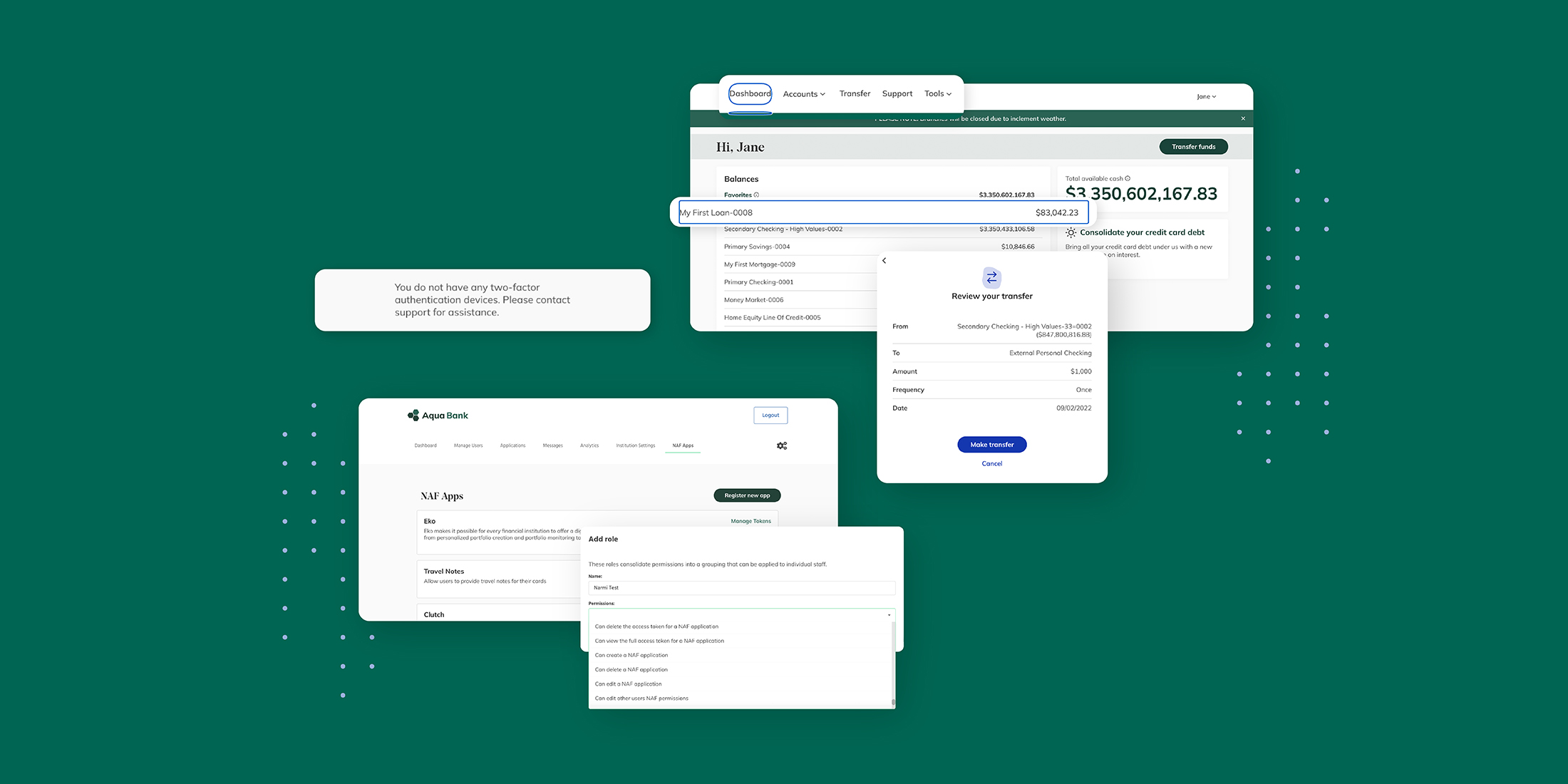 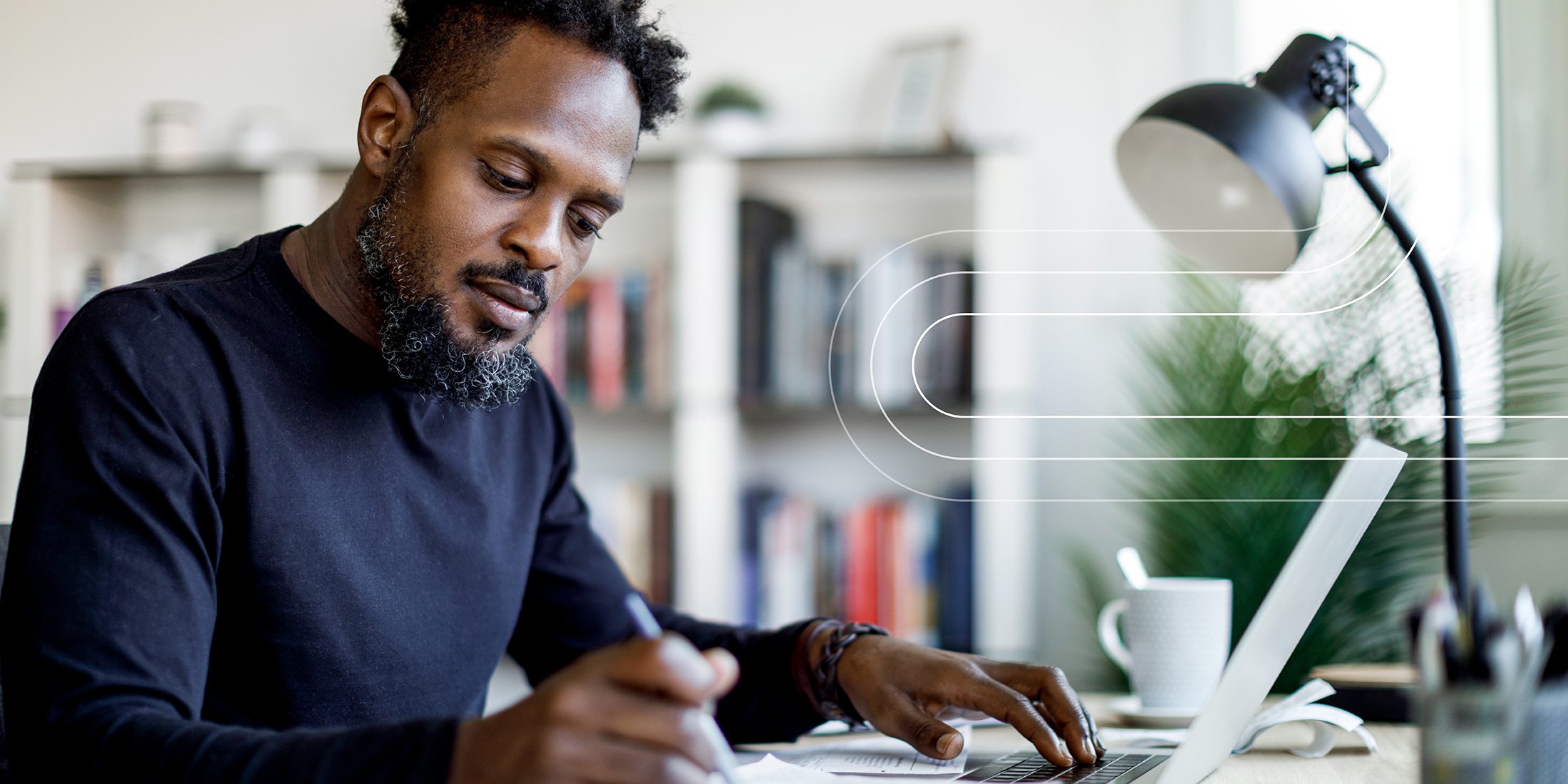 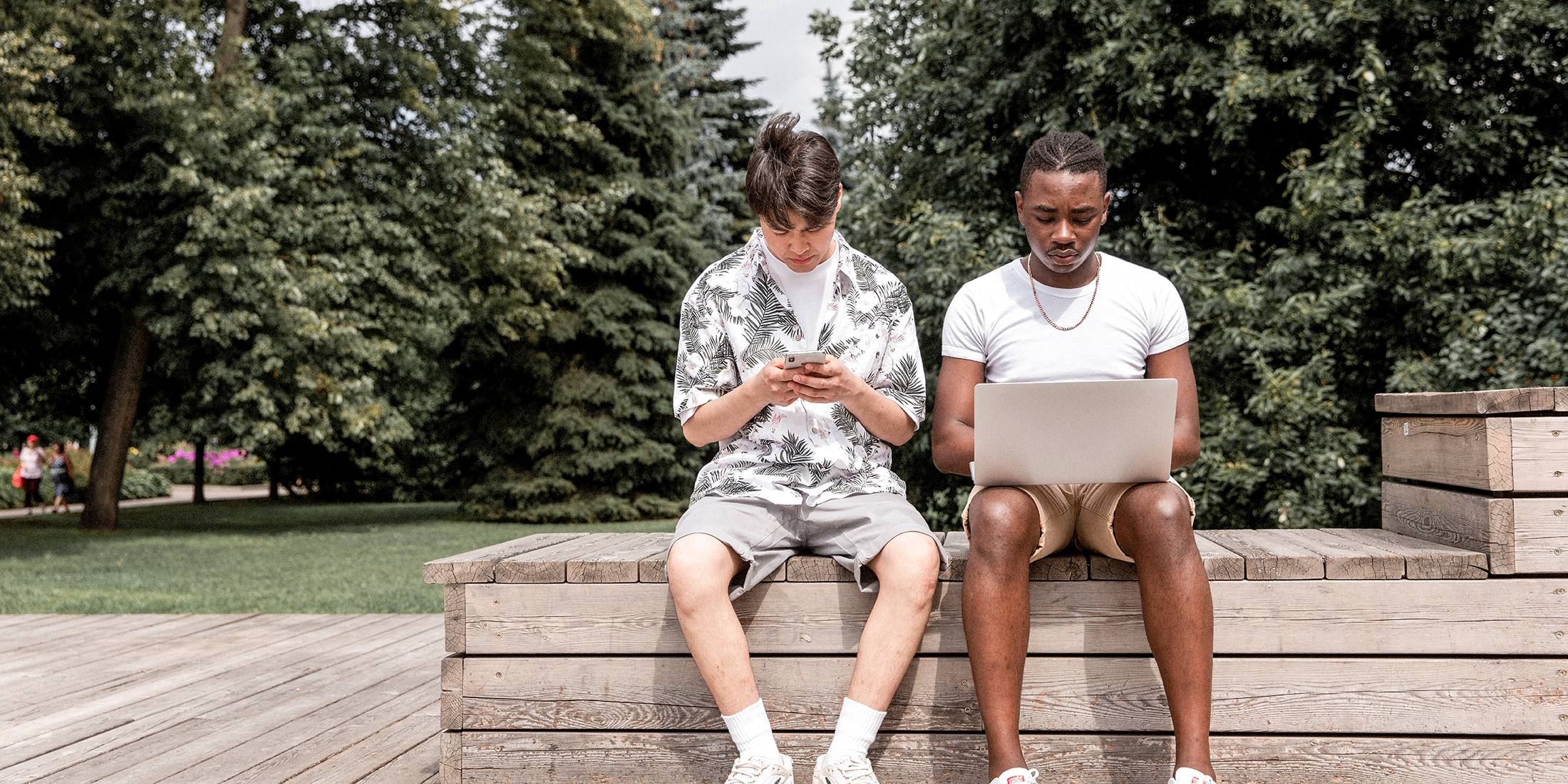 Bridging the digital and physical divide in banking