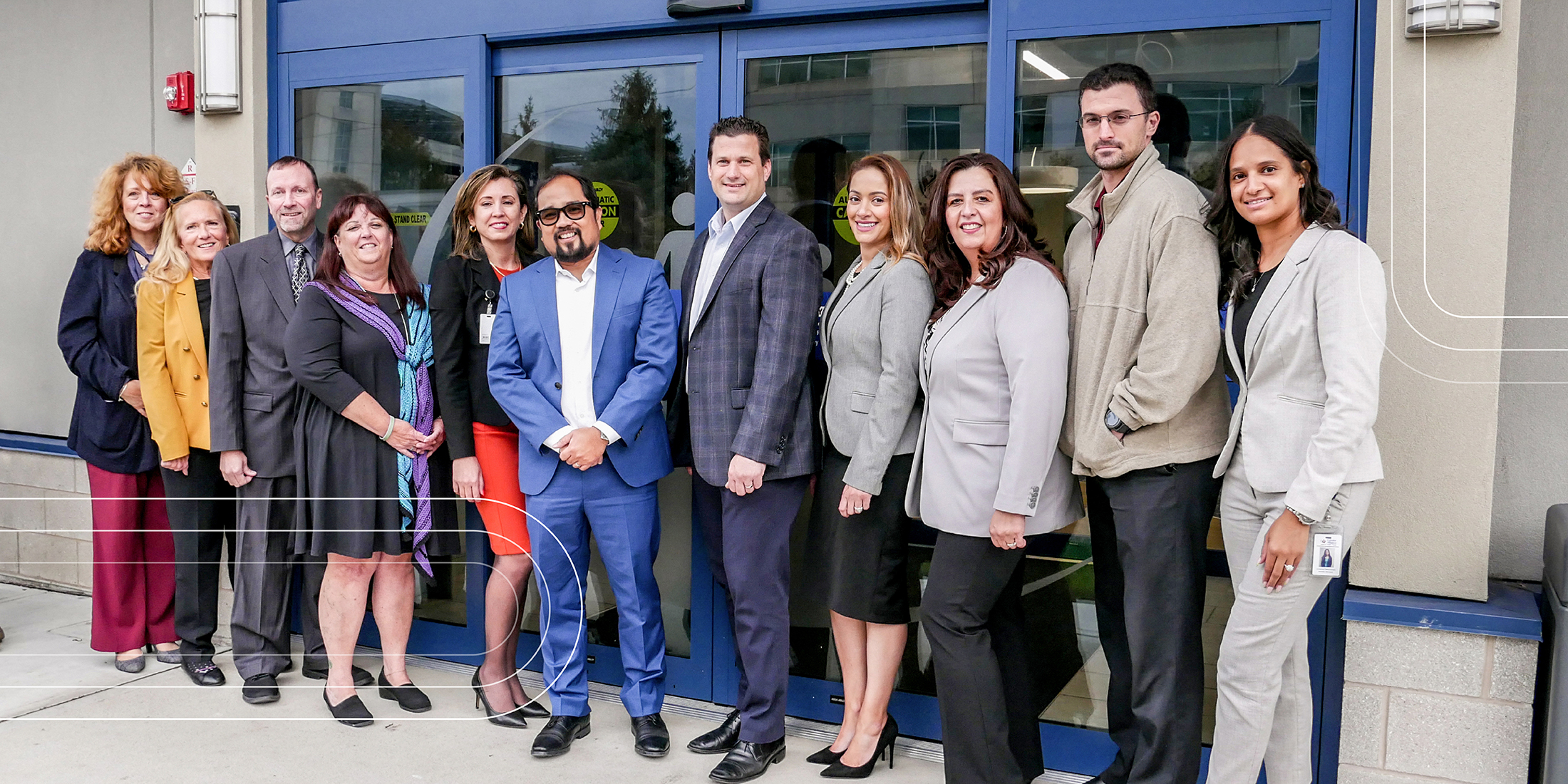 Credit unions have always had an inherent spirit of innovation. Being member owned and operated, they’re able to value people over profits in their efforts to serve members. But over the last few years, the demand to evolve traditionally in-person banking experiences to digital-first channels has left many looking for ways to organically grow their membership at scale.

We recently sat down with Narmi customer Greater Alliance Federal Credit Union to discuss how they’ve navigated these sea changes, and hear how they’re approaching future-proofing their credit union. With a mission that includes “exceeding the expectations” of their members and employees, GAFCU shared how they’re approaching digital decision-making while upholding their core values.

Top of mind for Greater Alliance is solving how they can stay true to their community spirit, while also adapting it to the way the modern person deals with their finances. “We're trying to bring on younger, newer members remotely,” shared GAFCU Chairman Richard Vega. “That's quite a daunting task right now in the banking industry.”

Staying true to the spirit of community

The term “old school” has a special meaning for the Greater Alliance team – in both their respect for tradition, and in the literal sense having been founded by a group of educators in the late 1930s. The credit union even operated out of an office at Hackensack High School up until 1970! Now celebrating its 85th year, the innovative spirit that Alice C. Falb and her fellow teachers had when they started a co-op for financial freedom has evolved into a commitment to bring excellent digital experiences to GAFCU members.

With such deep roots, it’s no wonder that maintaining quality member experiences is a priority for Greater Alliance. “We’ve always kept that community spirit,” said Mr. Vega. “We're the type of credit union where the older members come in because they actually want to see people that they've been banking with for many, many years.”

When Glenn Guinto became the President/CEO in 2013 he recognized the importance of staying dedicated to the unique needs of their members. “One of the personal missions that I have is to stay true to that mission that they created back in the thirties, which is to provide the best financial services to our membership”, shared Glenn. “We're not dealing with Wall Street hedge fund managers here, we're dealing with people that are hanging on garbage trucks all day, or postal workers, or cops, or teachers, or nurses; they're everyday people.”

At the same time, there’s a recognition that in order to continue serving their communities, they need to evolve and invest in modern banking experiences. Doing this without alienating members who’ve been with Greater Alliance for a long time is top priority. “We all have a keen understanding that the whole blue-collar, old school mentality can only take us so far. We also have a keen understanding that what worked for the past 85 years could still work, but needs to be adapted to the way the modern person deals with their finances. Long gone are those passbooks and teller lines.”

What it means to be forward-thinking

Digitally transforming any financial institution can be a humbling experience. If approached with the mindset that a bank or credit union will simply “add digital” to legacy systems, leadership teams often find that those investments don’t get them any closer to their growth goals. Developing an informed plan for transformation is an important first step, but preceding that is the need to shift internal mindsets to one that prioritizes digital. For Glenn and the Greater Alliance team, a shift in mentality meant seeing themselves as forward-thinking and aligning with vendors who feel the same.

Adopting this mindset allowed the GAFCU team to tackle their goal of staying relevant in the wake of the rapid digital acceleration triggered by the pandemic. “What years ago took 10 or 15, or even 20 years to change now changes in 3,” stated Director of Core Services Ron Amar, “When we've gone through our strategic planning and developed our thinking, we've known that we have to align ourselves with companies that get that and think that way.”

The desire to align with such companies led Greater Alliance to partner with Narmi to evolve their digital account opening, digital banking, and back-office experiences. These investments, however, were only possible once GAFCU made the decision to move away from their legacy core banking system.

“We feel that the beginning of our evolution was when we partnered with Corelation and their forward-thinking people. Having experienced that, we made a promise to associate ourselves with these type of people - forward thinkers.” -Glenn Guinto

Why it was important to “kick out the core”

Modern banking is built on open API-powered platforms. Having the ability to communicate in real-time with the core through secure API data exchanges gives financial institutions the flexibility to move as fast as their members expect. This is in stark contrast to the core banking system Greater Alliance had prior to switching to KeyStone by Corelation. “Our core system was truly cutting edge back in 1998,” said Glenn, “We pride ourselves that we were one of the first credit unions in the country to have home banking back then when they were on floppy disk. It was state of the art back in those days, and it unfortunately stayed that way until around 2017 when we kicked the core out.”

But even though GAFCU knew they would dramatically benefit by switching to a modern core provider, making the leap to sign with Corelation was a potentially risky move. Being a relatively newer core service provider, and much smaller than other competitors, Corelation appealed to the GAFCU team by leaning into their strengths. For Glenn and his team, Corelation became the obvious choice when they saw that, despite their size, they were prioritizing features and API functionality that other core providers much larger weren’t able to offer.

This “moment of truth” for GAFCU also gave them room to critically look at other fintech and vendor relationships. Speaking candidly about one such realization they had early in their digital transformation journey, Ron had this to share, “I think it was maybe six months, maybe a year after we went live on Corelation and our previous digital banking vendor that we first met Narmi’s leadership and said, ‘Oh, crap. We're with the wrong company.’ ”

How Greater Alliance is bridging the digital to physical divide

The work of maintaining strong personal relationships with their member base continues even after migrating to a modern core and Narmi’s flexible open platform. Key to this effort is a recognition that in order to stay relevant, Greater Alliance needs to look to what worked in the past, and apply those learnings to their future.

In particular, the GAFCU leadership team is interested in bringing more of their streamlined and enjoyable experiences – like the one they now have with digital account opening from Narmi – to the in-person experience.

One area where efforts to bridge the digital to physical divide are visible is at GAFCU’s newest brick and mortar branch in Hackensack, NJ. Glenn explained how he sees investing in a new branch as a way to actually reinvent their workflow process for servicing members.

Envisioning a future at the branch that more resembles a visit to the Apple store than a credit union, they picture an experience where branch visitors take care of most of their everyday banking needs in a cafe-like setting. To this end, their new branch is noticeably missing teller lines. For more personalized services, such as applying for loans, tablet wielding member service reps would be able to dock with members to help them through more complicated processes.

By utilizing in-person experiences as an opportunity to demystify new digital products, GAFCU hopes to extend an olive branch to their “old school” members and encourage more multi-generational relationships. Mr. Vega outlined how GAFCU sees this approach playing out, “We look at that branch as sort of a training branch for those members that were hesitant to go online and do their banking remotely. But now, they're actually coming into a branch where they have expert help next to them, and they can go on the iPad and learn how to do it. It might be a slow process at first, but I think eventually they're gonna start saying, "I can do this from home. I can do this from my phone. I don't necessarily have to go in!" So it sort of becomes a training space for the members that were hesitant to go into their remote capabilities. And they're presented with a place where there are kiosks and iPads. They might be a little puzzled when they go in there, but I think with the guidance that's being given to them there, they're going to learn that it's not that difficult and they could start doing this from wherever they are, anywhere in the country.”

Even outside the branch experience, Greater Alliance is seeing workflow improvements like the one they have with digital account opening starting to create more multi-generational experiences. Newer members to the credit union who’ve grown up digitally-native are attracted to streamlined processes like DAO and non-document based verification. Not only are these new members able to find the experiences they’ve come to expect, they’re also able to help existing members explore digital products with more confidence.

The next chapter of member-focused innovation

Looking forward, Glenn Guinto and the Greater Alliance team are confident that the transformation path they’re on will allow them to reinvest in their community for years to come. And because the GAFCU team knows who they are and agree about the mission driving their growth, it’s easier to see what the future could hold.

Speaking about Narmi’s role in their transformation, Glenn had this to share, “It’s exciting partnering with people who think like us, that are weird like us, but understand it! You know, it really is such a gratifying feeling because our previous partnerships weren't like this. It's like pulling teeth to get something accomplished. Granted, it's still early, but I'm confident knowing the folks involved here. I think we're in good hands. I think it's a great partnership and I'm looking forward to growing together. I mean, like I said, you’ve already outpaced us with your growth. That's nice to have a partner like that.” 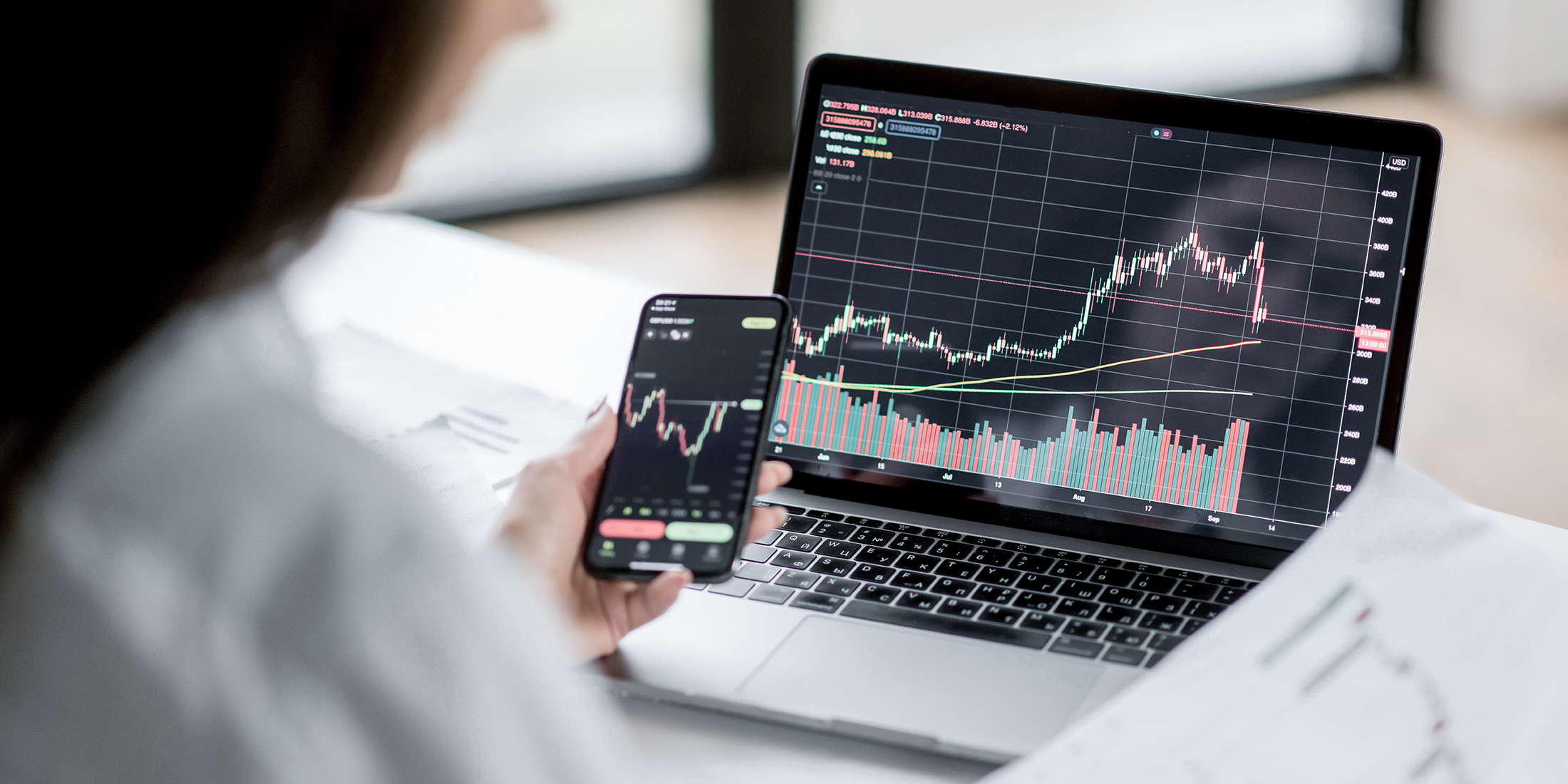 The deposit strategy you should deploy in a raising rate environment 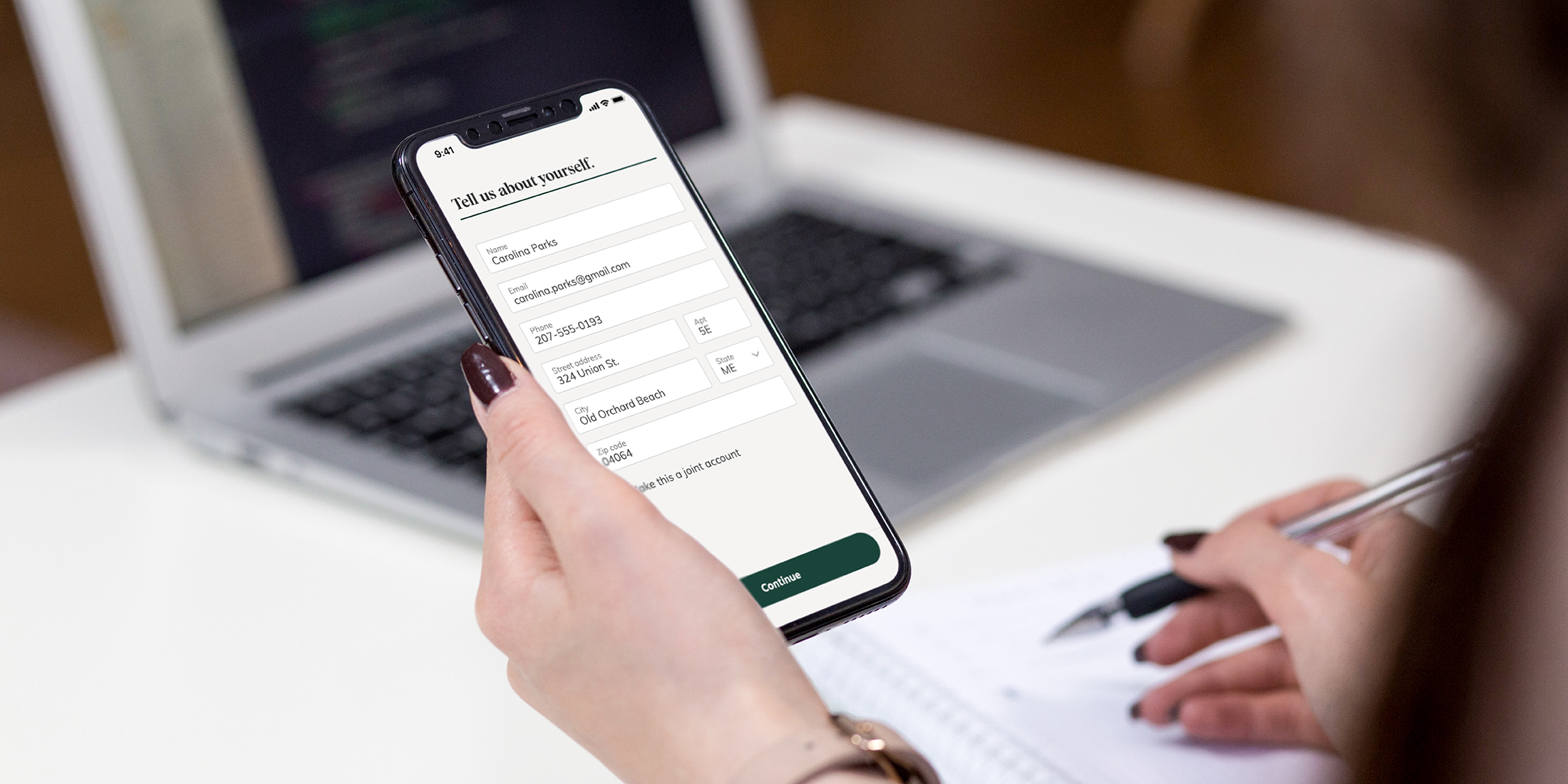 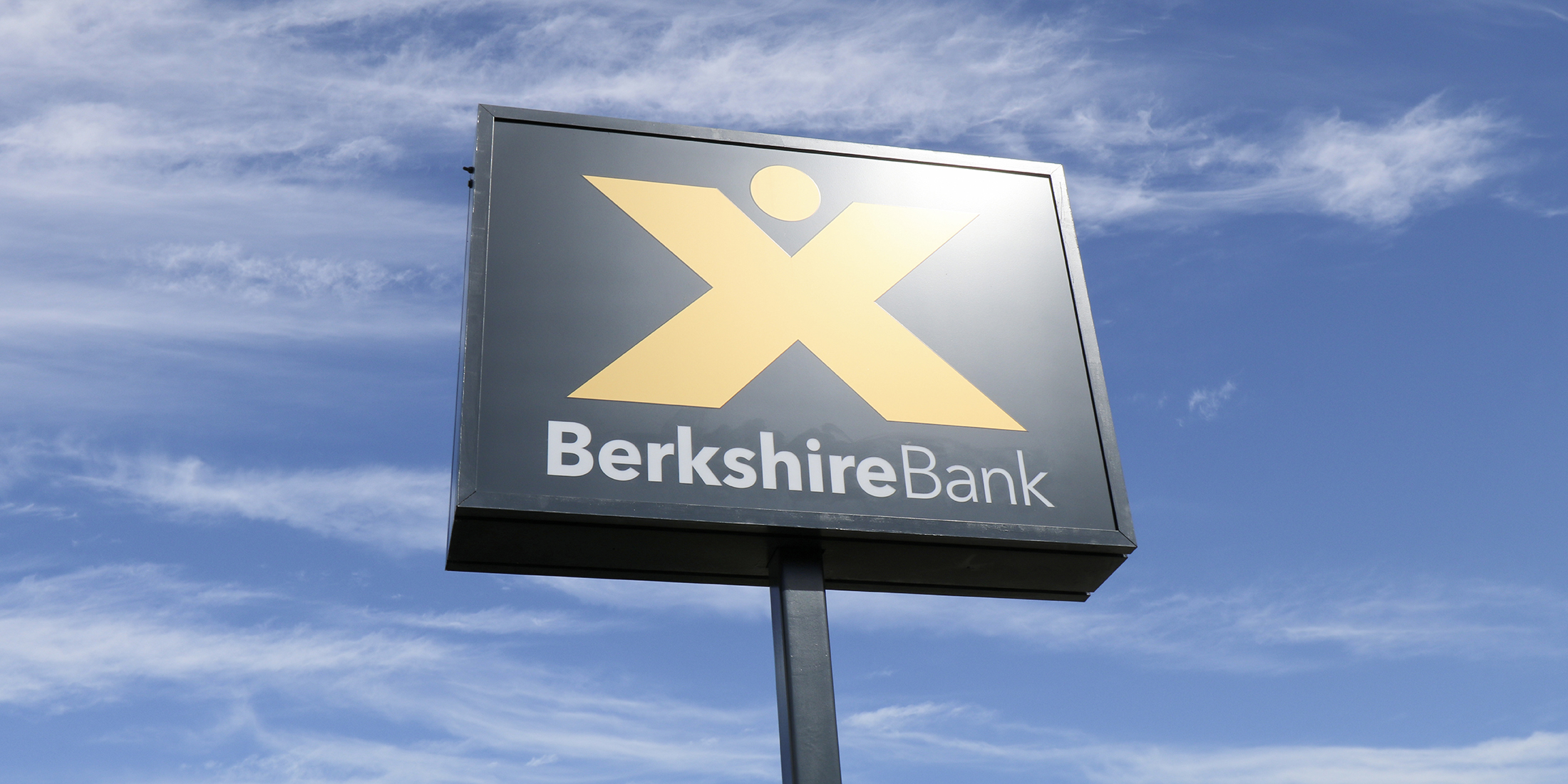 Customer Story: An inside look at Berkshire Bank’s approach to successful digital growth